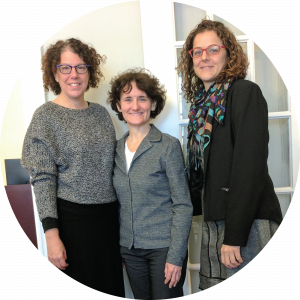 We are marching because we are humans. We believe in the equality of all people – full stop, no exceptions.  But we worry the most about the vulnerable communities we know Donald Trump and the Republicans will target most forcibly. We march with them and for them.

We are marching because we are CUPE 1281 members and union activists.  The kleptocracy that is the Donald Trump cabinet will not protect or extend workers’ existing rights, reduce inequality, create good jobs or bring dignity and respect to American workplaces. Progress on workers’ rights will only come from ALL workers globally standing in solidarity, just as it always has. Some things never change, but some days the stakes are higher, and the wins take more effort from all of us. These are those days.

We are marching because we are women. Donald Trump will try and undermine our human rights, and particularly our reproductive rights, at every opportunity. He needs to know, see and viscerally feel, that women around the world are resolved to resist and STOP HIM.  Our compass has only one direction – forward.

And finally, we are marching because we are Canadians, we are Ontarians, and we are Torontonians. We have no illusions that our country/province/city is more tolerant; that the election of a fascist  “couldn’t happen here”. Make no mistake about it – it can, it has, and if we become complacent or give up, it will get worse. The election of Donald Trump must be a wake-up call for democrats everywhere.

Donna Gray, Andrea Calver, and Cheryl Athersych (pictured above) are CUPE 1281 members from the Ontario Confederation of University Faculty Associations (OCUFA) sub-unit. They will be marching in Washington on January 21st 2017 in protest of the inauguration of Donald Trump as President of the United States of America.