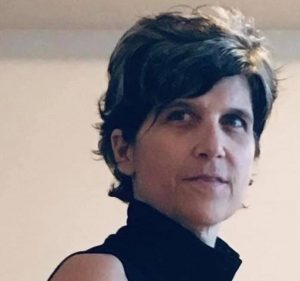 She was also a former CUPE 1281 Staff Representative, who for many years worked tirelessly to defend the rights of workers, organize new workplaces, and educate and mentor everyone around her. She uplifted and inspired CUPE 1281 to grow as a local and we would not be where we are now, if it weren’t for MJ. Even after MJ stopped working at CUPE 1281 due to health concerns, she remained present in our local, and still provided us with guidance and support.

MJ was also well known as a fierce defender of human rights which included Palestine solidarity organizing and the BDS movement. In 2018, her passion was recognized by the CUPE 1281 membership with the creation of an annual award in her name, the Mary-Jo Nadeau Boycott, Divestment and Sanctions Award. This is an award dedicated to an organization fighting to end support for Israel’s oppression of Palestinians, and pressuring Israel to comply with international law.

MJ never shied away from speaking truth to power and holding bad bosses accountable. As unapologetic as she was in standing up to injustice, MJ was equally as committed to building meaningful and lasting relationships with our members. She radiated genuine warmth, humour, and laughter as she supported our confidence and capacity to collectively make our workplaces and communities better places. 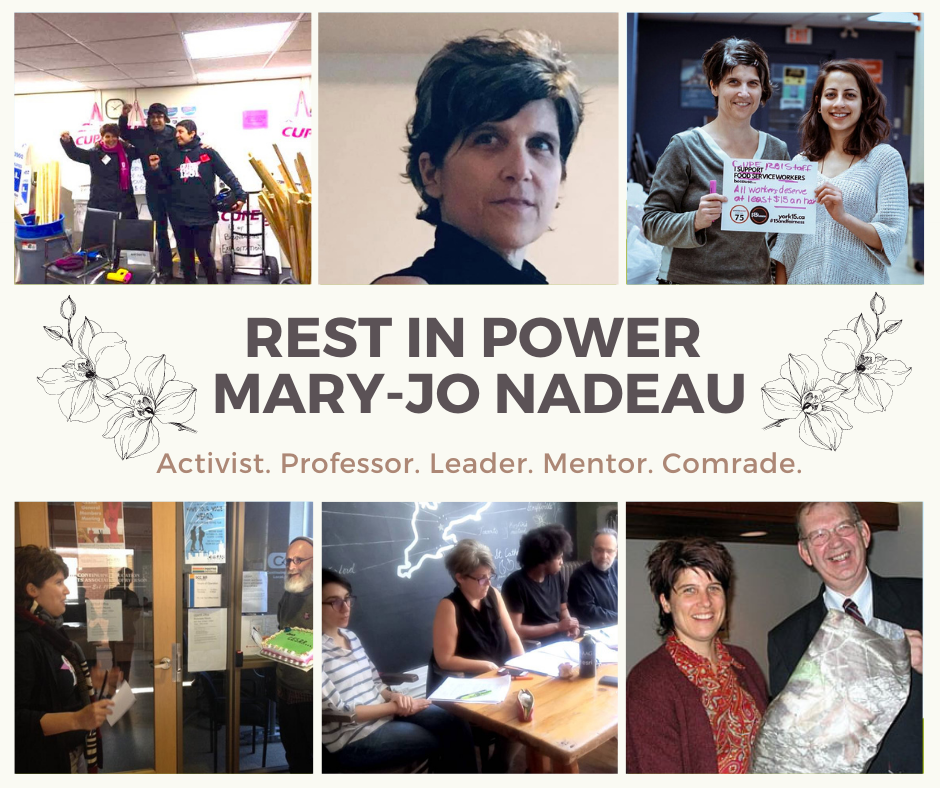 For the second year, CUPE 1281 gave out the Mary-Jo Nadeau Boycott, Divestment, and Sanctions (BDS) award. This year the award was a monetary award of $500 for an organization fighting to end support for Israel’s oppression of Palestinians and pressures Israel to comply with international law. The 2020 award winner was Independent Jewish Voices Canada. Thank you again to Independent Jewish Voices for their continued solidarity. 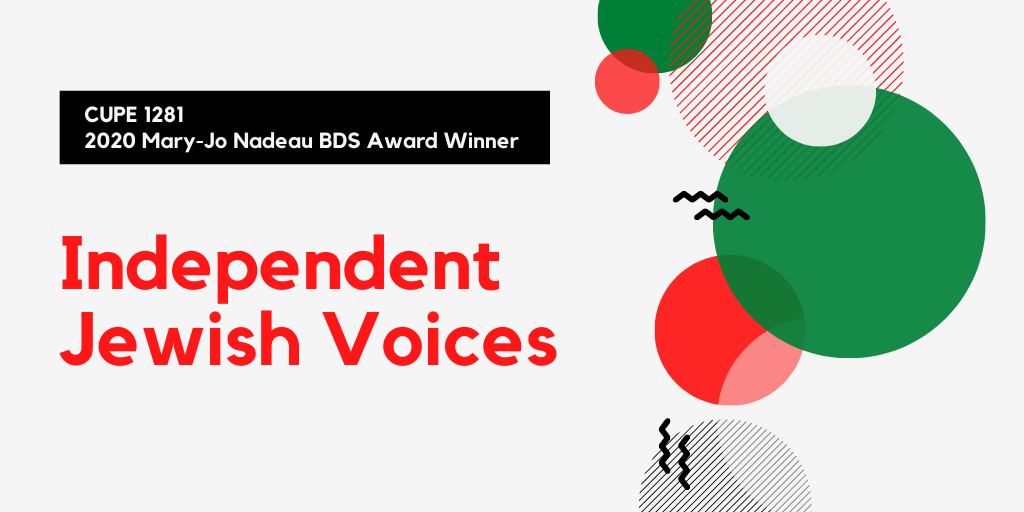